Law Offices of Ronald A. Ducharme LLC > About Us

The Law Offices of Ronald A. Ducharme, LLC, located in Waterville, Maine, was founded by attorney Ron Ducharme in 2017. Our firm focuses on helping Maine people with Workers’ Compensation, Social Security Disability, and Personal Injury matters -- areas of the law that Attorney Ducharme has specialized in for over 30 years. Our firm also offers general legal services to the Waterville community. 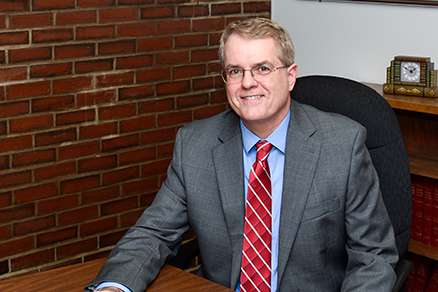 Ron Ducharme has been practicing law in Maine for over thirty years. He joined the firm of Wheeler & Arey in 1986 as an associate attorney, became a partner in the firm in 1993, and was a co-owner from 1995 to 2017 before founding the Law Offices of Ronald A. Ducharme, LLC.

Attorney Ducharme graduated from the University of Notre Dame in 1981, where he earned his BA in Government. He subsequently earned his JD from California Western School of Law in San Diego, CA, in 1985. He is admitted to the State of Maine Bar as well as the United States Federal Court, District of Maine.

Attorney Ducharme is highly regarded among the top Waterville attorneys and his clients. He is a past president of the Waterville Bar Association, and a 2015 recipient of the Martindale Hubbell Client Distinction Award.

© 2019 Law Offices of Ronald A. Ducharme LLC. All Rights Reserved. Content on this website is for informational purposes only and does not constitute legal advice.